The Settle & Carlisle Railway Trust has beautifully restored the Station Master’s House at Ribblehead, and it is available to guests as self-catering holiday accommodation for up to 4 people.

A warm and cosy house for up to 4 guests plus a well behaved four-legged friend if you wish. Featuring magnificent views, comfortable rooms, and an open fire perfect for those frosty winter nights (coal is provided).

We regret that The Stationmaster’s House is not suitable for those with mobility difficulties.

The house is located at Ribblehead station just 50m away from the station building with a cafe and visitor centre open between April and October.

The best way to arrive is by rail using the Leeds-Skipton-Settle-Kirkby Stephen-Appleby-Carlisle train service. It can also be easily reached by car via Ingleton either from junction 36 of the M6 or via Skipton and the A1.

It is nestled in the Yorkshire Dales, with Ingleton the nearest town with a range of cafes, pubs and restaurants and a small Co-op superstore. Hawes, Kirkby Lonsdale and Settle are the nearest market towns. From Easter to October, there is a Sunday bus service to Hawes, with links to other services.

The Station Inn at the end of the station drive overlooking the Ribblehead viaduct is well known and popular with visitors.


View a live feed from our station webcam!

Wensleydale
Don't miss the chance to visit Hawes, home to the Wensleydale Creamery and much more, accessible by car

This is Ingleton
Ingleton is great for a visit by car, just on the other side of the peak. It has a range of shops, caves and waterfalls.

Settle
A bustling market town, easily reached by train from the house, with plenty of independent shops and history too.

Things to see and do

If you love beautiful scenery, traditional towns and unrivalled engineering, the local area of Ribblehead will not disappoint. From a railway perspective there are gems in every direction, the magnificent Ribblehead Viaduct, Blea Moor tunnel, and the Blea Moor signal box.

For active visitors, there are walks in every direction from the Station Master’s House including Whenside and Ingleborough. Pen-y-Ghent is a walk from the next station Horton-in-Ribblesdale although some may try all in a day for the Three Peaks Challenge! There is also Saaig Outdoors for outdoor activites, and a local indoor climbing wall for bad weather.

We have two beautiful waterfalls a stone’s throw from the door; Hawdraw force and Aysgill force and the Ingleton Waterfalls Trail, as well as caves to explore at Ingleborough and the White Scar Caves.

There are traditional market towns nearby featuring forgotten trades like Hawes Ropemakers, and for when you’ve had your fresh air fill, there is the Dales Countryside Museum and plenty of places to whet your whistle such as Old Station Cycle shop and café, Station Inn or the Moorcock Inn.

In additon to the local attractions, you do of course have fantastic train access up to Carlisle and all the way down to Leeds, featuring great villages, towns and stations along the way, direct from your door!

The house and garden are close to the station platform and about 50m from the station building. Ribblehead is a quiet station, but on dates when steam trains pass or the Ribblehead heritage walks are scheduled, it can be busy around the station. The last passenger train is around 9pm. A few freight trains do pass through day and night time, mostly during weekdays but rarely between 9pm and 5am.

For an additional fee you may bring up to two dogs. No other pets are allowed.

This building is a historic structure located within a
conservation area and its conversion to holiday accommodation was
subject to space limitations and strict planning constraints. Therefore we were unable to convert the cottage to be suitable for those with mobility issues.

No, they are provided

Please email us at info@sandctrust.org.uk for any non-standard requests. We may be able to accommodate them in certain cases.

Smoking is prohibited anywhere in the cottage, garden or station.

The cottage is fenced off from the railway so children may stay, however we ask that you take care with young children especially when outside the cottage boundaries as it is a working station.

A £150 non-returnable deposit will be required to secure your booking. Prices vary seasonally and you can choose from the following durations:

You are welcome to arrive at any time after 3pm on the first day of your booking. On your final day you are requested to leave by 10am to allow us time to prepare the cottage for the next guests.

FOR AVAILABILITY, PRICES AND TO BOOK:

Click the availability button below and a calendar will be displayed – then select the dates you wish to stay. The dates marked in Blue are available. Please select the start and end dates you are in interested in and the price will be displayed. Adjust the dates if necessary until you are satisfied with them and then complete the forms to book your break. To go back at any stage click on the Your Booking or Your details tabs.

Please note that the house and garden are close to the station platform and about 50m from the station building. Ribblehead is a quiet station, but on dates when steam trains pass or the Ribblehead heritage walks are scheduled, it can be busy around the station. The last passenger train is around 9pm. Freight trains pass through day and night time, mostly during weekdays but rarely between 9pm and 5am.

Please also read our FAQs and if you have any further questions, please do not hesitate to email us enquiries@settlecarlisletrust.org.uk

Our Other Trust Properties 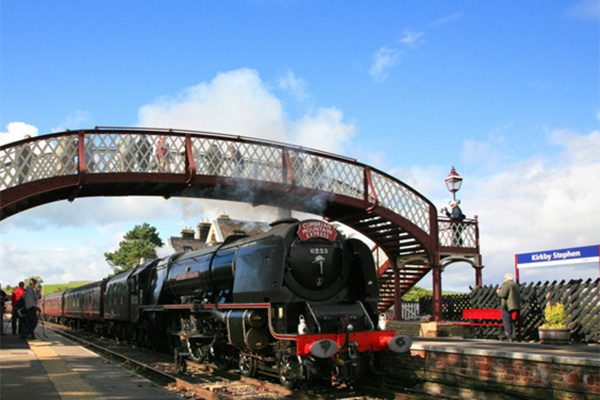 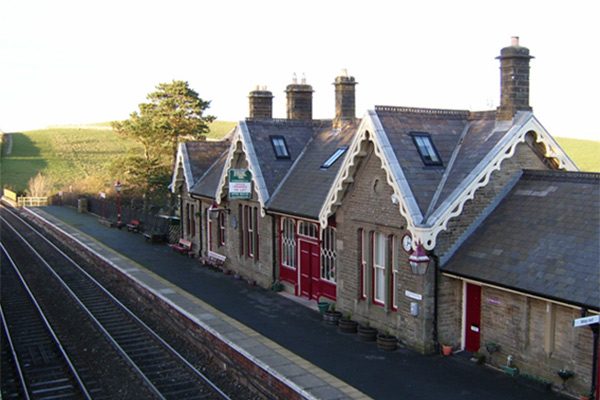 Within the station building, this dog freindly cottage offers excellent sapcious and airy self-catering accommodation over two floors with a view over the railway line.